Gerwyn Price landed his first major title with victory at the Grand Slam of Darts two years ago – he will start his bid to win the title for a third year in a row on Monday World Darts ChampionshipTBC Gerwyn Price will face his World Cup-winning team-mate Jonny Clayton in Group G as he kicks off his bid for a third successive Grand Slam of Darts title.Joining the Welsh pairing in the group are Ryan Joyce and women’s BDO world champion Mikuru Suzuki, who Price lost to on his way to claiming his second Grand Slam crown last year.The Iceman is aiming to become just the third person to lift the prestigious Eric Bristow Trophy for a third successive year – a win in Coventry, where he claimed the World Grand Prix just a few weeks ago, would see him join Michael van Gerwen and Phil Taylor. – Advertisement – World no 1 Michael van Gerwen to face Joe Cullen, Gabriel Clemens and Adam Hunt as he chases first TV title since March – coverage of the Grand Slam of Darts begins on Monday with a bumper double session of action from 1pm on Sky Sports Arena Last Updated: 14/11/20 11:57pm 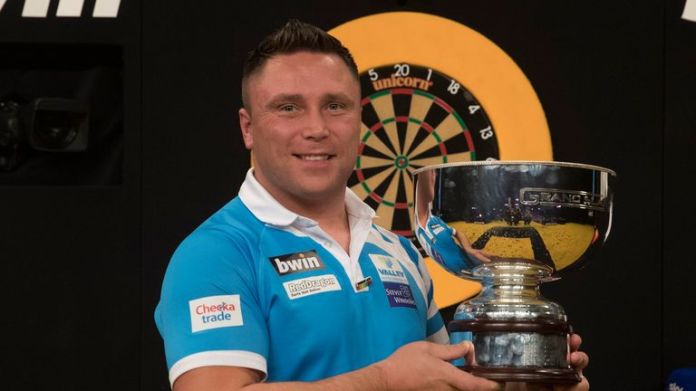